Googling My Way to Katrina

Googling My Way to Katrina

DO NOT SELF-DEPLOY was printed in bold letters across the official email. I had received these military-style commands daily, sometimes multiple times per day since Katrina. Was it truth or dare? Was it spam or scare? I felt like a rebellious teenager. A lifetime of warnings blurred together: Do not skip school. Do not smoke pot. Do not have premarital sex. “Do not” always backfired with me. It made me just a little more curious.

Meanwhile, the Gulf Coast was submerged in death, disease, and despair. If I understood the emails correctly, I was to sit quietly and wait things out from my easy chair with the rest of the country. In a collective state of catatonia, sedated and numbed by media reruns of mostly African-American victims chanting “Help! Help! Help!” we all reached for another spoonful of rocky road ice cream with a sprinkle of Oreo cookie pieces.

To be perfectly honest, I wasn’t thinking about Katrina at first. I was steeped in my usual self-absorbed state as I had just been hired to deliver a presentation in New York. Busy preparing the inspirational address that would transform the healthcare system I lost all touch with reality. 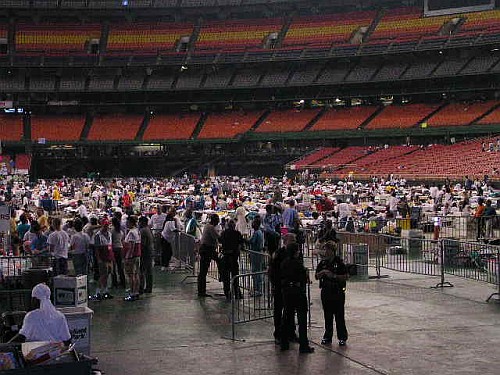 I was the police officer stuffing his face with doughnuts during a bank robbery with gunshot victims falling to the floor; I was the fireman sipping hot chocolate outside an apartment blaze with scorched victims flinging themselves from windows. I felt like a total idiot. Surely I should be doing more than just lounging around the house in my fluffy turquoise slippers while flossing my teeth.

Like most physicians, I was waiting for an action-oriented order. Physicians are perfectionists who follow instructions and move in large herds like buffalo across the plains. Physicians are good at sitting through long PowerPoint presentations and jumping en masse onto the modern medical assembly line, but they are not so good at breaking rank. I needed an official set of instructions.

So I did what most Americans did. I turned on my computer for the latest update. I scoured the next “do not self-deploy” email that was waiting for me. In small print near the bottom I found a 1-800 number I could call to volunteer. With a sense of urgency, I put down my floss, dialed the number, and left my name on an answering machine somewhere in Oregon.

Determined to help, I kicked off my slippers and hitchhiked a ride through cyberspace. I googled “volunteer physicians Astrodome” until I came upon the tail end of an article describing the Harris County Hospital District’s role in organizing physician volunteers. I googled “Harris County Hospital District” and found their number, which I promptly called at one in the morning. The call was immediately answered by a woman who told me that they were desperate for help. She apparently was not involved in the “do not self-deploy” spam I was getting.

I grabbed a physician friend at a party the next night and enticed her to join me. Three days later, upon entering the Astrodome, we were introduced to an exhausted young physician who handed us the baton and stethoscope. He wanted us to be in charge of the entire Astrodome Medical Clinic. I thought: Don’t you want to see my medical license? I’m really not that smart. Wait, I wanted to help. I didn’t want to be in charge. We worked the night shift for a week. 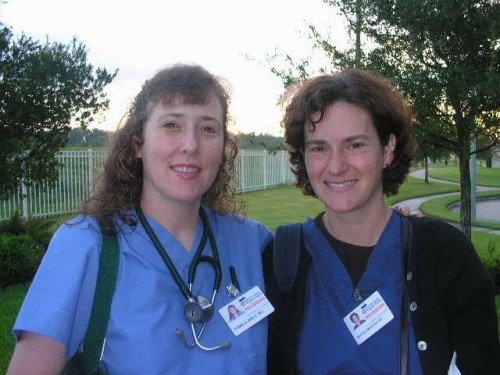 What’s the deal with everyone waiting for instructions? Who sent me these bogus “do not self-deploy” emails anyway? Was anyone really in charge here? Maybe I was in charge. That seemed scary, but true. Maybe the savior we’re all looking for is, well, us. When should we follow official instructions, and when should we follow our conscience or just plain common sense? Does someone have an algorithm? Please. Doctors do well with algorithms. 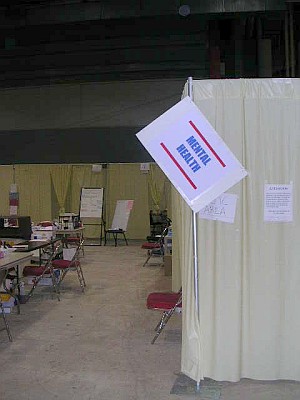 In a broader sense, health care itself has been hit by Katrina. The levees were breached long ago, and our medical system is submerged in a putrid stew of greed, bureaucracy, and unethical leadership. Maybe we can learn a thing or two from the resourceful survivors of Katrina I met at the Astrodome. Glenn Beverly, an apartment manager from St. Peter Claver Apartments, grabbed a Winn-Dixie freezer door and single-handedly floated all his tenants to safety. He didn’t wait for an official email instruction. So why did I? Is it time for our communities and physicians to jump on the Winn-Dixie freezer door together and float to safety? Is it time for us to take back our corrupt health care system?

One month after Katrina I got a phone call late one night from a woman in Corvallis, Oregon. She found my name on a list of physician volunteers and wanted to know if I could help out with Katrina. I told her I’d already been there and back, but thanks anyway.