“Happy” med student dies by suicide—due to perfectionism and loneliness

Nine years ago today my friend’s “happy” daughter died by suicide—due to perfectionism and loneliness. In her mother’s words:

“Dear Pamela, On 4-11-13, I lost my 23-year-old, brilliant daughter Kaitlyn Elkins to suicide. She was just beginning her 3rd year of medical school at Wake Forest School of Medicine in Winston-Salem, NC. Saying we were and still are devastated is a great understatement, but another thing was the absolute shock as we thought she was one of the happiest people on this earth. She was sweet, brilliant, gifted in all academics as well as an artist, poet and writer, and marathon runner. And she never, ever in her whole life showed her depression to us (her parents) or her friends except she did tell her last boyfriend that she was depressed at times, but she told him we knew….we didn’t. I think she told him that so he would not tell us.

She was highly functional until the last day of her life, going to great lengths to plan her suicide and did it like a well-planned school project. She was doing very well in med school. She left us a two-page suicide note, as well as one to four of her friends and one to her sister. In it she told us she had been depressed all her life but hid it from us to protect us from it and to protect herself from it. She said she could not explain why she never sought help. She said she was exhausted from the weight of her depression and this is what made sense to her.

She always told us she loved medical school. I’m not sure, but since she said she had been depressed all her life, maybe medical school added so much stress that it made her depression worse. I think she never asked for help due to the stigma and she was a perfectionist and did not want to be seen as weak. She had to know, as well as I know, that depression is an illness, not a weakness and can be treated. But for whatever reason, she did not seek treatment.

She was an introvert, but did have close friends, but I don’t think she had any in medical school. Whenever I asked if she had any friends in med school she said that no, that mostly everyone went their own way. I did not worry about this, but in hindsight I think she felt lonely and isolated.

I had no idea that depression and suicide rates were so high in med students as well as MDs until she died. I think as a child she must have suffered existential depression that so many gifted children suffer. Feeling alone because no one thinks as deeply as most people their age do, though I did not even know what existential depression was then, but only since I have researched since her death.

Med schools and the medical profession needs to put more emphasis on mental health of their students and colleagues. They need to make it so no one fears losing their license by admitting they need help and getting it.

I wrote a book after my daughter died about these things which I hoped would shed light on these things to people that need to hear it. I am so glad you are bringing attention to this topic. I wish you continued success with this and maybe we won’t lose as many brilliant med students and physicians that could have lived on and made a wonderful impact in our world.”

I spoke to Rhonda often. We became friends after her daughter’s suicide. Then Rhonda took her own life one year later—the same night I was honoring Kaitlyn and reading excerpts from Rhonda’s book at my talk How to graduate medical school without killing yourself. When I called to tell Rhonda we got a standing ovation, she never answered. The next morning I found out she had taken her life just like her daughter. Her last email:

“Pamela, thank you so much for your article. It was very informative. All I could think about was no wonder Kaitlyn was depressed. All I know is that by the time she killed herself and had two years of medical school under her belt, she thought she was ‘a fake, lazy and would wind up disappointing everyone.’ I don’t even know how to feel about her medical school anymore. Did it kill her? Would she have killed herself no matter what her course of study? I just don’t know. It certainly didn’t make things better . . .Thank you for keeping her picture near you. That makes me feel good. Kaitlyn would want to help all she can and so her spirit is with you often.”

After attending Rhonda’s funeral, I kept in touch with Kaitlyn’s dad, Allyn, who died from pancreatic cancer last year. Please join me in sending love today to Stephanie, Kaitlyn’s sister, who has lost her entire family.

Here’s what perfectionism, loneliness, and depression look like in med school. 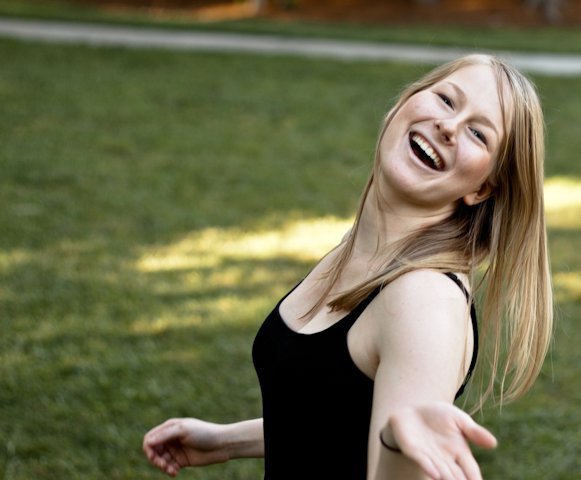 Add your comment below or scroll down to read 8 comments