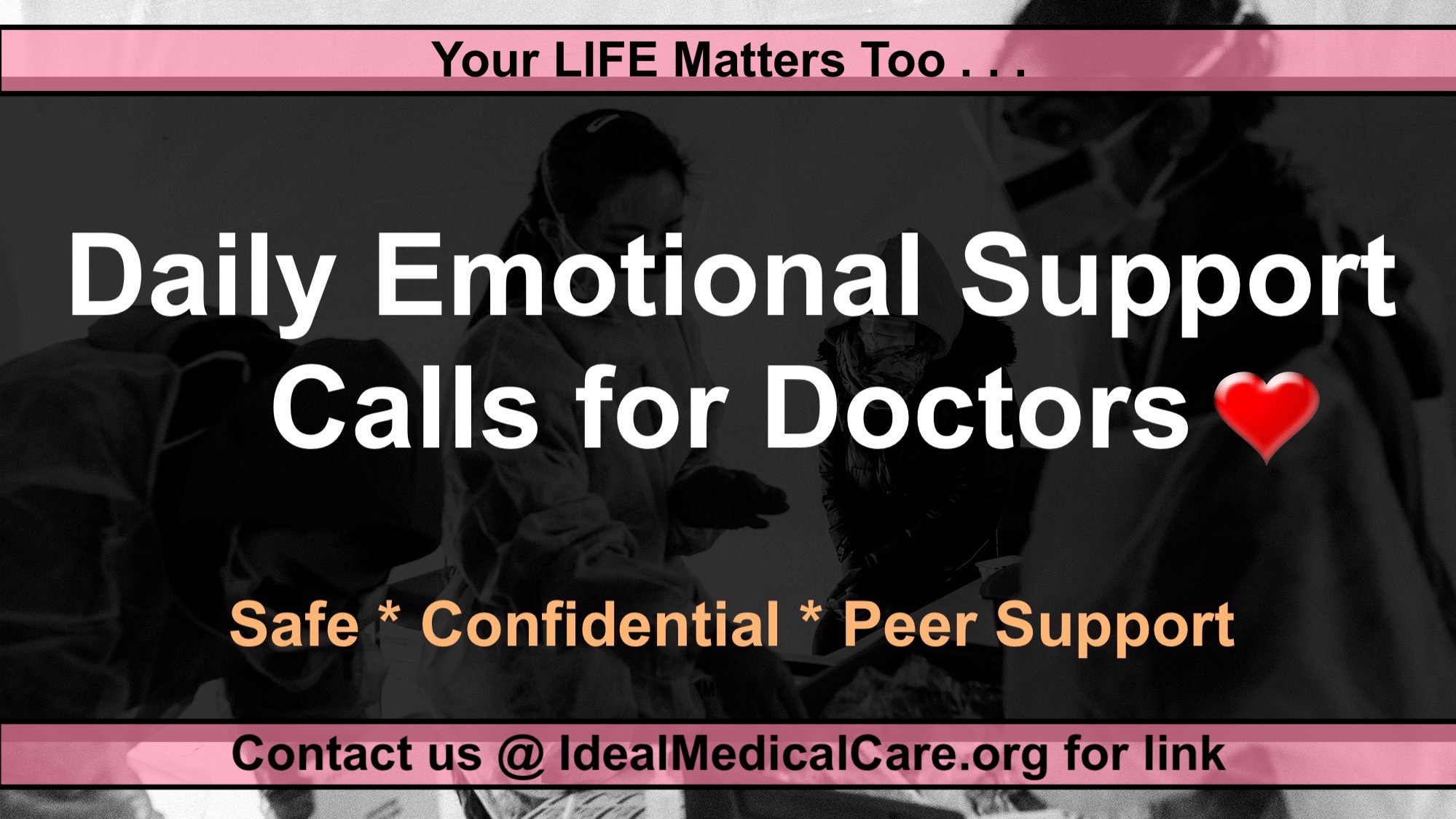 To join us, please contact Dr. Wible here with a short description of your situation and she’ll send you a private link to join our call tonight. Check out:  How to defend yourself from hazardous working conditions  &  10 Emotional Stages of a Pandemic

Add your comment below or scroll down to read 4 comments

4 comments on “Daily Emotional Support Calls for Doctors ~ Join Us!”