Why Parents Force Kids To Be Doctors

When I see an infant dressed as a “future doctor,” I cringe.

I’m used to helping premeds, not preemies or toddlers in surgical scrubs. How do I stage an intervention with parents of a premed baby?

I’m Dr. Pamela Wible. I run a suicide helpline—for doctors. When I ask, “When did you decide to be a doctor?” Many say grade school—some as young as two!

I used to be in awe of their inner knowing. How can a toddler (not yet potty trained) be aiming for med school?

My friend knew at three. Her dad would always point at her in her diapers and say, “There’s my doctor!” Now she’s a nurse practitioner in her forties with depression—still trying to get into med school—still seeking validation from her deceased dad—still wanting to fulfill his dream.

Parental pressure to pursue a medical career leads to depression—which may worsen as a physician.

Last year, I got this three-word email: “Please help me.” I called right back. A woman answered—with a noose around her neck. First-generation Korean American. Her parents always demanded, “Either be a doctor or pharmacist.” Her sister’s a pharmacist. So she’s the doctor (in a toxic residency). She felt her only way out was death. I talked her down. Today she’s alive—after a career change.

Both women were branded #FutureDoctors as babies. Both were nudged in subtle—and not-so-subtle ways—since birth to pursue a profession with high rates of depression and suicide.

Why do parents pressure children to go to medical school? Is this a form of child abuse by well-meaning parents who only “want the best” for their kids?

Social currency and bragging rights. A physician trophy child with the best test scores means superior genes. How important is the trophy? After losing their son to suicide in med school—a family was given the option to sign a nondisclosure agreement—to never speak about their son’s death—in exchange for his diploma. They chose the diploma.

A medical diploma proves mommy and daddy did everything for their kids and were the best parents ever!

Babies are an investment and parents want a financial return. “We’re poor, so we’re counting on you to be a doctor or we wasted our lives.” My friend’s parents actually say this to her.

Family members will implant (even subconsciously) their own unfulfilled dreams in their offspring. Students have told me, “I hate medical school, but my parents want me to be a doctor.”

Some families want baby boys to have matching circumcisions, others want babies in matching professions. A sad med student from India told me she had “no choice”—everyone in her family is a doctor!

Is choosing a “non-risky” career for your newborn better than letting your kid pick a  job they’d love? Parents believe sending their child to train in a hospital with hundreds of doctors is the safest place on Earth—until they lose their #FutureDoctor to suicide.

When Jewish mothers say, “my son the doctor,” other Jewish mothers—like my grandma—want the same thing. As a mama’s boy, my dad was told to be a doctor. He planned to be a sculptor and work in motion pictures—but ended up a theatrical pathologist sculpting corpses in the morgue.

The doctor-as-God image makes medicine feel more like a religion than a profession. Giving birth to a #FutureDoctor must feel like birthing Jesus.

My ex has audio of his mom reading him a book: “A Trip to the Doctor” at age two. In her Brooklyn accent she pleads, “Don’t you want to be a doctor to help all the boys and girls?” He screams, “No! I don’t wanna be a doctor!” She keeps repeating her question—until he agrees.

When your kid is well paid and can save your life in the middle of the night with the best medical care ever—you’ll have no more worries.

My divorced parents are not-so-emotionally-available workaholic doctors. Both tried to talk me out of medicine, but I knew as a kid the only way to spend time with them was to tag along to work in the morgue and psychiatric hospitals (and I loved it!).

When I became a doctor, I interrogated my parents on why they became doctors. Separately (so they couldn’t cheat). Both listed the usual: help people, good money, stable job. “But why?” I pressed them for the real reason. Dad poured another glass of vodka and murmured, “So my mother would love me.” Mom got pissed before spewing out the truth, “Because I thought my mother would finally love me.”

So yep, I get really creeped out by these #FutureDoctor onesies. 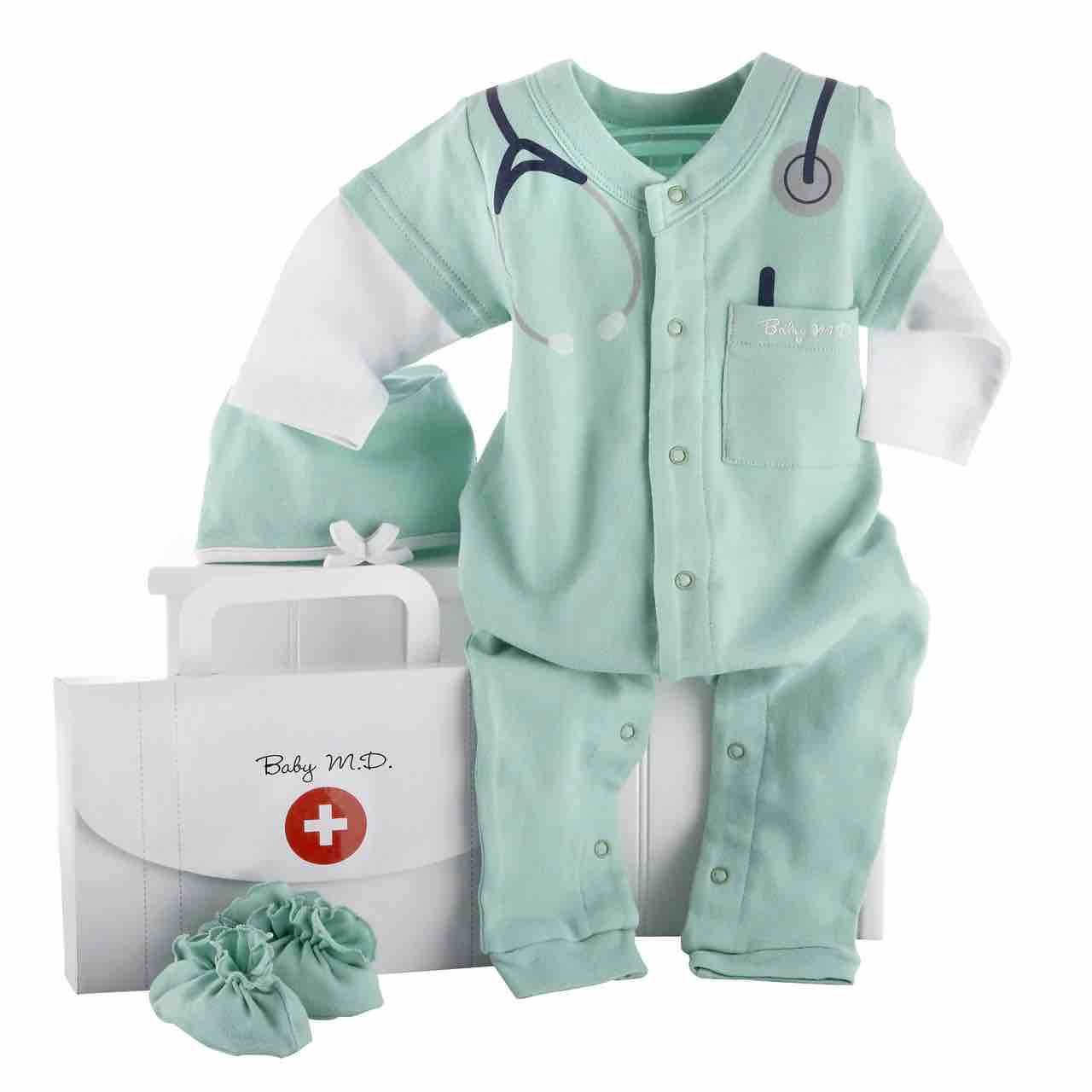 Add your comment below or scroll down to read 105 comments

105 comments on “Why Parents Force Kids To Be Doctors”