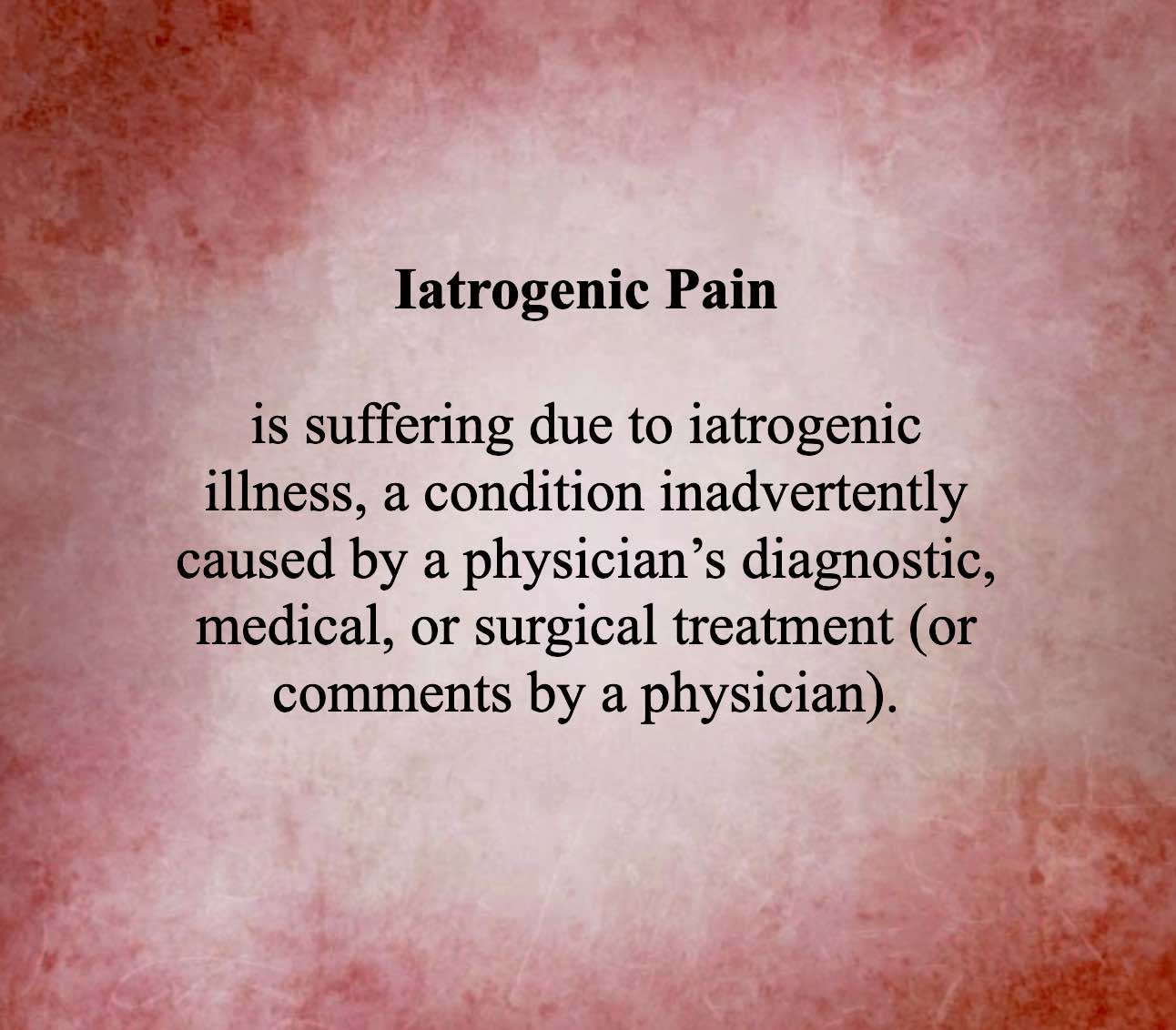 One reason physicians were in tears during the 7 hours of support groups I led on my birthday yesterday is they were BELIEVED and received compassion from the peers—for the first time. Sadly, physicians have a bad habit (I’ve witnessed since med school and a gazillion times since) of shunning and even antagonizing human beings at their greatest time of need when they are most vulnerable—especially if that person (in the doctor’s mind) is “not supposed to be” vulnerable and in pain.

Physicians are “supposed” to be in starched white coats, smiling, and ready to serve, not suicidal and on the hospital rooftop. Patients are “supposed” to be happy that their doctor treated them, not having rare, debilitating adverse reactions or outcomes. When a person is suffering (no matter the cause), whether from death of a loved one, poor surgical outcome, adverse reaction to meds/injection, or any other ailment (especially iatrogenic disease = illness caused by a doctor or med system) they should have immediate SUPPORT, never be shunned by the very doctors who are supposed to care.

Med students and physicians have been so brutalized by their training, compassion loss, and groupthink that they can’t seem to generate empathy (for example) for a patient injured by gadolinium injected into their body for MRI contrast. Why? because the patient is “supposed” to be thankful for the MRI and the doctor and is” supposed” to just sign the consent while being rushed into the MRI for their non-urgent exam while being told the IV contrast is harmless and will be excreted by their body within 24-48 hours SO . . . if they have a rare reaction with debilitating fatigue, brain fog (gadolinium is a rare-earth metal that can deposit in brain/other organs) burning sensation on skin, bone pain, headache, vision/hearing changes, skin thickening/ discoloration, they are shunned by their disbelieving doctors (who have never heard of this rare reaction, not part of mainstream medical narrative on gadolinium). Then the greatest assault of all—the vulnerable person in pain is blamed—told it is “all in their head” and they are shuffled off to psychiatry for “anxiety” rather than their doctor being willing to embrace the fact that they were injured by us.

I celebrated my birthday by helping physicians who have been injured by other physicians and by the medical profession (including their trusted mentors) get the help and compassion they need. Doing it again next Sunday. Rather lead support groups that read doctor suicide obituaries of those who died from loneliness and isolation while in pain.