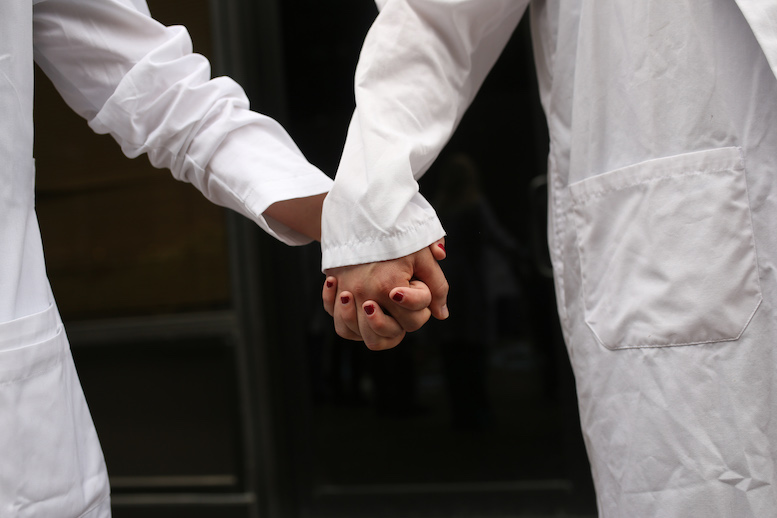 Just off the phone with a USC Keck med student who told me he lost his classmate to suicide this week on my way to Memphis to lead a suicide postvention program for a medical group after a senior colleague killed himself. In the last decade assisting hospitals and medical schools in the aftermath of suicides, I’ve witnessed half-hearted responses, non-responses, even threats to intimidate staff after a suicide. In the words of physician loss survivors, here’s what we should never do after a suicide:

1. Don’t use euphemisms for doctor suicide.

Euphemisms like “went to be with the Lord” and “passed away peacefully at home” cover up the cause of death and do not allow us to grieve or heal properly. Loss survivors have an increased risk of suicide. As medical professionals it is our duty to offer proper postvention with clear communication after a suicide.

“My hospital has once again had a trainee suicide last week, and of course there were ‘no signs’ that he was struggling. Nice guy, worked Monday anesthetizing patients. Found dead at home Wednesday. Only in his early thirties. The work email used euphemisms like ‘sadly found suddenly dead at home.’ Who do these euphemisms protect? ~ Sylvia

All doctors deserve a morbidity and mortality conference so we as medical professionals understand what went wrong and how we can prevent future suicides.

“We’ve had three physician suicides in the thirteen years I’ve been at my job since leaving fellowship and I was shocked at how quickly they were given a cursory, sad nod, then forgotten. During medical school one classmate blew his brains out and it received barely a mention at the time from our professors.” ~ Paula

“I just lost another colleague today. He is the second one in two months. He didn’t show up to work and was found dead on his couch. It was obvious he was sickly for months, but he just kept going. I don’t know if the autopsy will find suicide or cancer or something else. Either way if it was suicide by drugs or suicide by self-neglect, I’m tired of losing people and scared of being the next victim of this epidemic. What is there to do?!” ~ Mary

Always ask if colleagues need a mental health day or time to recover. Proper group support in the form of skilled suicide postvention should be offered within the first 24-72 hours with optional follow-up sessions for the community over the months thereafter. Healing and grief recovery require time and community.

“In anesthesiology, it seems we have a higher percentage of death by suicide than other medical specialties. My colleague took his own life over a year ago. I was basically okay until then, but it’s how everyone reacted that really got me. The show must go on. We diverted patients the first night, probably because the ER had to see Joe when he came in. The next day all of us were back at work in the operating room. There was no time to grieve and we in the department were so stunned we did not know what we needed and what to ask for. It felt like abuse to not honor him or his colleagues with some rescheduling of operations. I will never be the same. I no longer see medicine as a force for good. It seems like it is a way for other people to make money off our talent, intelligence, education, or determination. He was my friend!” ~ Bruce

“I suspect that you would be hard-pressed to find one of us who isn’t at least sometimes suicidal. We’re just not allowed to admit it as it would end our careers.” ~ James

“Physicians are treated as criminals and tracked more closely than Level III sex offenders,” reports a general surgeon. “Answering all these questions on applications, the subtle, unspoken lesson is ‘you had better be squeaky clean, mentally, morally and physically! If you step off the shining path, bad things will occur.’ I have known 7 male physicians who died by suicide. Most with a ‘happy’ exterior. Why? They cannot confide in colleagues for fear that their colleagues will turn them in to hospitals and boards—and there goes their privileges and livelihood. They cannot confide in their spouses because during rough patches mentally, their marriages are already in trouble. If they share psychological problems, they probably fear that the wife may use this as ammunition in any future divorce. So they keep on smiling—right up to the hour they die.” ~ Anonymous Surgeon

5. Don’t shun a doctor who survives a suicide attempt.

Medical professionals should support each other emotionally as brothers and sisters in medicine. We need each other.

“I don’t think the public understands the severity of the pressures that a practicing physician faces. And I don’t know how to make them—or, especially, my fellow physicians, understand. There is so much denial in the profession. I could go on and on about how I became the ‘invisible doctor’ to my colleagues who would walk right by me without acknowledging my presence after my suicide attempts. I’d walk down the street, or go into a restaurant or movie theater, and there would be one of the doctors I used to work with. Before I could say anything, that doctor would turn aside or move away. It was bizarre. I had become invisible. Of all my colleagues, only two made contact with me to express their concern. One was Chad (who later died by suicide).” ~ Jennifer

Doctor suicide postvention is an intervention conducted after a doctor or medical student suicide, largely taking the form of support for bereaved colleagues and staff at a hospital, clinic, or medical school. Loss survivors may be at increased risk of suicide themselves. A proper postvention plan allows staff to heal from the loss of a peer. Edwin Shneidman, the father of modern suicidology, famously declared that suicide postvention is a direct form of prevention of future suicides.

Sometimes just knowing what doesn’t work allows us to pivot and create truly meaningful and healing experiences for loss survivors. Don’t worry about being perfect. If you approach postvention with honesty and compassion you’ll be on the right path. If you need help, I offer free books as well as suicide postvention in-person or virtually. 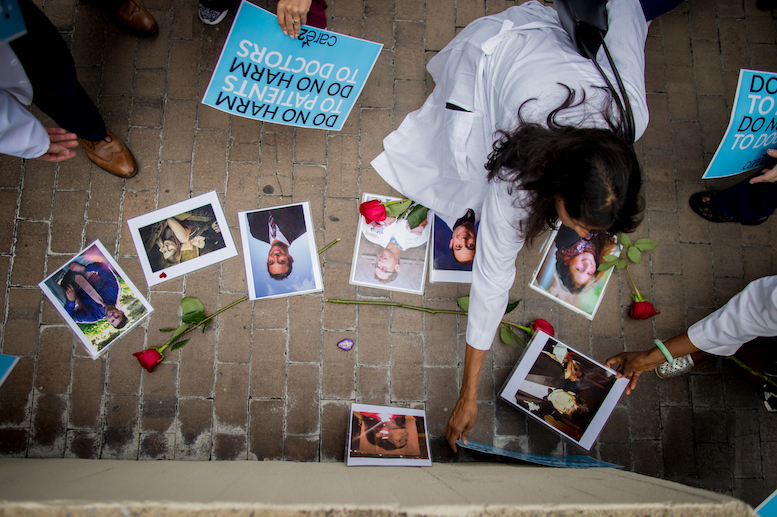