This past week several residents have contacted me in the aftermath of a recent suicide of their co-resident to express fears of retaliation for standing up for their rights and the rights of the deceased resident who killed himself as a direct result of how his residency and hospital mistreated him. Moments ago I got a text from a medical student who is being harassed by his school for standing up for his human rights and the rights of a peer who died at the school. Retaliatory tactics are sadly commonplace in medicine for anyone who speaks up about hazardous working conditions. Please review chapter below from Human Rights Violations in Medicine for your medicolegal rights and how to proceed.

Resident Retaliation: An adverse action taken against a resident physician who exercises a protected legal right.

“When I spoke up about an attending groping me at the scrub sink, the physician in charge of my residency program told me, ‘He brings money into this hospital and you don’t. Either shut up or get out of the program.’ After that, I was seen as the problem.”

One obstetrician known for his threats and abuse of residents would end checkout with, “Your daddy’s lawyer can’t save you from me!”

“I was a new physician in my dream job, five months pregnant, when my 15-month-old had a febrile seizure in the middle of the night. I called out. I was nervous. I returned to my shift once my husband came home. The next day a nasty email arrived in my inbox accusing me of lacking accountability, integrity, and ‘burnout.’ ‘My baby had a seizure,’ I said to myself in disbelief. I took my concerns to the director of this major health corporation only to be written up for ‘lack of integrity and ‘burnout.’ The mistreatment did not stop. I was left in two 12-hour shifts in a row, not allowed to leave at six months pregnant. As a gestational diabetic with a high-volume patient load and no proper staffing, I would lie on the bathroom floor in between patients because I was in and out of consciousness as I could not eat properly for fear I would be written up if a patient complained they were not seen fast enough. When my supervisor would ‘drop by,’ he commented, ‘We need to hire more men; they don’t get pregnant.’ Women at this company keep coming forward with similar tales so I sought help from federal agencies tasked with protecting us from discrimination and workplace bullying only to be told if I had not been sexually assaulted and/or fired wrongfully, I had limited rights.”

“I failed my first emergency medicine rotation in third year because I had a miscarriage. I had to take two weeks off and the attending agreed to pass me for a two-week rotation, but then didn’t. All I ever wanted to be was an emergency doc. The subsequent glowing recommendations I received from other emergency rotations didn’t help. All residencies saw was that failure. And my school let it stand. Apparently, you’re supposed to still be on rotation and seeing patients with your baby falling out of your uterus.”

Retaliation even impacts the lives of physicians protecting their peers.

“Where I went to residency, the male faculty (married) were having sex with female residents in the call rooms. One female resident attempted suicide due to the pressure. I blew the whistle to the dean over our program. I was thrown out of residency. Years later, they still give me a hard time, and have allowed tampered education records to remain in my file because it was ‘my fault’ for blowing the whistle.” 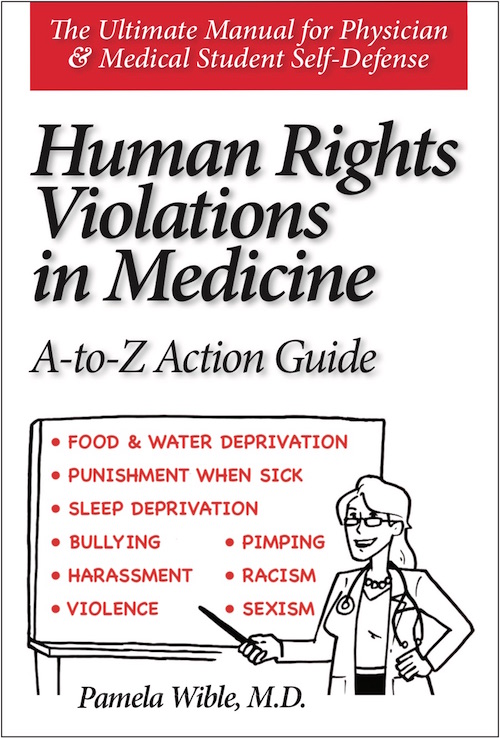 Add your comment below or scroll down to read 4 comments